Hi everyone! I hope you’re having a great weekend. I just finished the Cozy mystery Challenge for 2017! YAY! I read twenty cozy mysteries! The first ten were specific sub-genres and the second ten were cozies of our own choosing. Here I’ve listed the ten of my own choosing. The first four mysteries are my favorites! 🙂 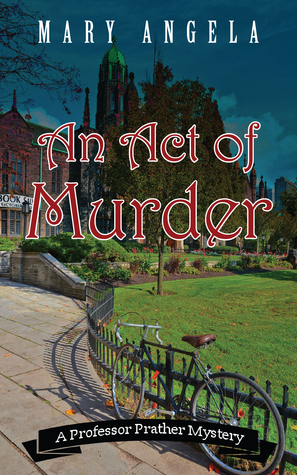 “An Act of Murder,” by Mary Angela. (A Professor Prather Mystery) This is one of my favorites! I’m looking forward to the second cozy in this series! 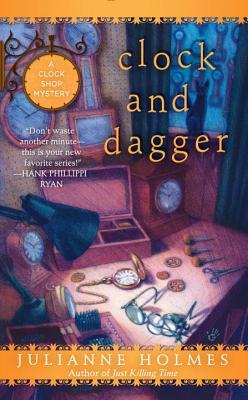 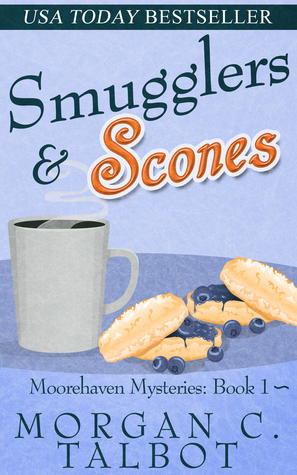 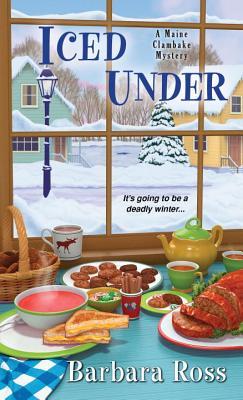 “Iced Under,” by Barbara Ross (A Maine Clambake Mystery) Favorite! 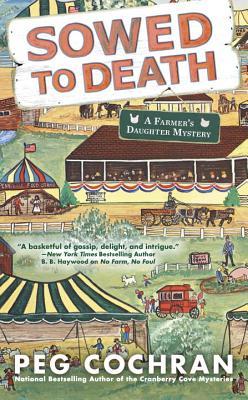 Shelby is a widow, mother, farmer, creative cook, blogger and our amateur sleuth. When the firefighters discover a body during a demonstration of the jaws of life, Shelby’s sleuthing skills, are once again, put to the test.

This is the second book in the series, the first one being, No Farm, No Foul. I did read the first book and I liked both of them.

I really like three of the characters in this series. I love Billy, Shelby’s son. What a great kid!!! 🙂 He’s all boy. His hair is always tousled and his cowlick sticks up, he runs around in bare feet so, his feet are always dirty. He loves horses and he’s having the time of his life growing up on a farm. He’s a fun, energetic mess.

Then of course, there’s Bert!!! She knows everyone and she knows what you’re doing before you do it!!! She’s Shelby’s friend and she helps Shelby in the kitchen, in the garden and with the kids. She’s a piece of work. Love her!!!

And then there’s Kelly, the veterinarian and Shelby’s friend. She loves her job. She’s home grown and down to earth. She’s engaged to be married and I want to attend the wedding. What fun!!!

Add these three personalities to the remaining cast of characters, toss in a mystery and there you have it ~ good food, a farm, blogging and healthy living. ****4 stars on goodreads. Harry Morgan (Humphrey Bogart) owns a fishing boat and with the help of his alcoholic friend, Eddie (Walter Brennan) they operate their business on Martinique. As a result of unfortunate circumstances, a customer is unable to pay for their boating services and Harry Morgan is in need of money AND with the war at their doorstep, Morgan decides to take a job for the resistance, transporting a man and his wife on the run from the Nazis’.

Morgan gets the assistance of a resistance sympathizer (Lauren Bacall), meeting her at a club. Bogart and Bacall are instantly attracted to one another. They certainly have interesting chemistry.

With the authorities on their tail, Harry and Eddie, work at night and in less than favorable conditions, meeting challenges along the way.

Bacall croones in her sultry, deep voice as she sings at the night club where she is hired by the pianist (Hoagy Carmichael).

I think Bogart portrays a man with a tough exterior, but he’s mushy on the inside. That’s right, I said, mushy. 🙂

I liked this movie and I love Bacall and Bogart together! Who doesn’t???

Apparently, this story was written by Ernest Hemingway! I haven’t read the book.

What’s your favorite film with Bogart and Bacall? Have you read the book? I’d like your thoughts on the book and the book to movie adaptation.

Hello! I hope you are having a great week! July is almost over! Can you believe it? It doesn’t seem possible. Rick and I are going to be gone for a couple of days, but we’ll be back. We’re going to visit a friend. I’ve been enjoying rereads this month. I always love returning to Mitford. These High Green Hills, is such a sweet and fun story. 🙂  Agatha Christie will always be my favorite. The Murder of Roger Ackroyd is a fun read. Bundle is in The Secret of Chimneys! YAY BUNDLE! 🙂 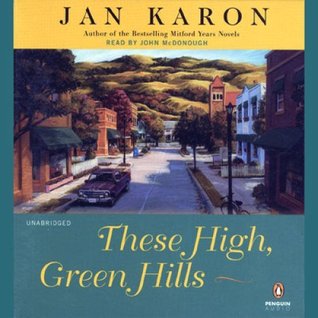 “They hadn’t come through water before. His heart pumped like an oil derrick. It wasn’t the darkness, exactly, that was disconcerting. It wasn’t the sense of being hemmed in by walls of limestone on either side. No, the worst of it was the sudden sense of being turned around, of having no idea at all which way was north, east, south or west.” ~Jan Karon, These High, Green Hills 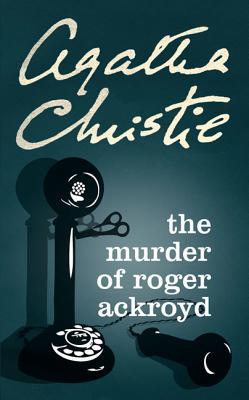 “Thought I saw — a woman disappearing into the bushes. Just a gleam of white, you know. Must have been mistaken. It was while I was standing at the corner of the terrace that I heard Ackroyd’s voice speaking to that secretary of his.” ~Agatha Christie, The Murder of Roger Ackroyd 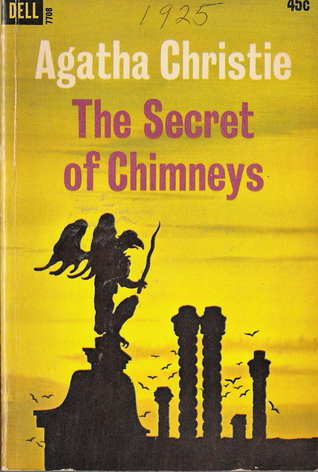 “How frightfully exciting,” commented Bundle. “You don’t usually get a murder and a burglary crowded into one weekend.” ~Agatha Christie, The Secret of Chimneys

Tuesday teaser is a weekly meme.

Anyone can play along! Just do the following ~

“A Note Yet Unsung,” by Tamera Alexander, is the second book I have read by this author.  I don’t remember reading any reviews or descriptions about this book, so I really don’t know why I decided to read it, but I’m glad I did. It’s a beautiful story ~ I loved it. 5***** stars on goodreads.

“Tears ran down her cheeks and onto the violin, and while she felt protective of the instrument and didn’t wish to harm the finish, an almost tangible presence told her not to worry, that her tears would merely blend with those already shed upon the instrument through the years, and that the music would somehow be all the sweeter for it.” I don’t really know where to begin with this film. Rick and I watched it late yesterday. I found it and bought at a used bookstore we visited this week for a couple of bucks.

In my opinion, Scarlett O’Hara (Vivian Leigh) is spoiled and immature. I really didn’t like Scarlett. However, when war arrives on her doorstep, she reveals an amazing strength that sees herself and others through those dark times. No one ever broke her spirit! When she was down, she was able to rally herself and stand to her feet again. She was an amazing character.

She meets Rhett Butler (Clark Gable) at a party at Twelve Oaks. And so it begins . . .

I loved the costumes Rhett Butler wore! The costume designer really dressed him to the nines!!! I think that’s an expression ~ dressed to the nines. Mmm. Oh yes, here he is with Scarlett and their daughter ~ enjoying a leisurely stroll. Rhett looks great! Scarlett almost looks like a zebra. haha. I would not wear her outfit. *ahem* Anyway, Scarlett seemed to look like she was wearing drapes most of the time, oh wait, she was wearing drapes!!! *ahem* As you might have guessed, I don’t care for the women’s fashions at this time period. *gasp* And the hoops under those dresses. I don’t want to get started on hoops!!! The costume designer and wardrobe people did a wonderful job though! They really did.  I just really don’t like the fashions for women at this time. I thought Belle Watling was an interesting character. I felt sorry for her. She was living a life no one should live, but she was a survivor. I thought she was a hurting woman, but I also liked her. Melanie (Olivia de Havilland) was the only person in the film who respected her and treated her kindly.

The movie viewer will get a great look into the pre-Civil war, Civil war, and post Civil war time.

It is a very good movie. I like it more each time I watch it and I have seen it more than once. If you haven’t seen it, I recommend that you watch it. It is lengthy. It has an intermission. So, be prepared. Make popcorn! 🙂 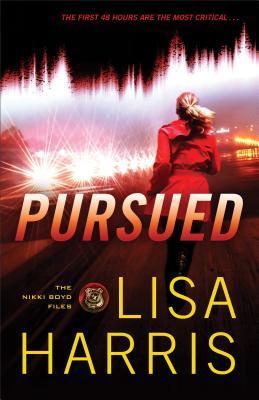 I’ve read all three books in the Nikki Boyd Series and I’ve liked all of them. In Pursued, Nikki is flying into Nashville, when her and Erika, the woman sitting next to Nikki on the flight, strike up a conversation. The flight they are on crash lands and Nikki soon discovers Erika is missing and no one admits Erika was ever on the flight.

Strange until the FBI approaches Nikki and informs her Erika was traveling to Nashville with an air marshal to testify in a grand jury trial. They ask her assistance in finding the missing Erika. Nikki and her team are soon investigating the disappearance of the missing woman.

I had a difficult time putting this book down. It moves at a great pace. It’s one traumatic experience after another for Nikki. She doesn’t give up. Nothing stops her. While I was reading it I was trying to solve this missing person mystery trying to think of every possible scenario. Nikki has a supportive team and they work well together. Tyler left the country for three months in the last book, but he has returned in this story.

I enjoy face-paced, sit on the edge of your seat mysteries and so I like the Nikki Boyd Files. I don’t remember any profanity and there isn’t any sex.  5***** stars on goodreads.

Tuesday teaser is a weekly meme.

Anyone can play along! Just do the following ~ 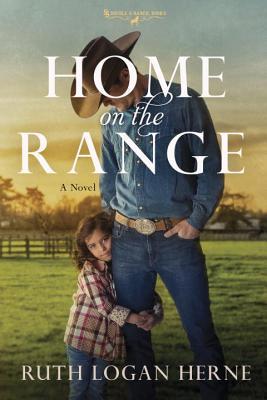 “Cool gray-green eyes appraised him from beneath a hooded cloak, Celtic friendly, except they weren’t in the lush green hills of Ireland. They were in the forestland of central Washington, and the thin spring leaves did little to protect him from today’s chill drizzle. Which made her hooded wrap more sensible than his bare head.” Happy Friday!  As many of you know, I really like Hitchcock films! So, this week on Classic Movie Friday, I decided to list my five favorite Hitchcock films!!!!!! I know you’ve been waiting for this day with bated breath! 🙂 I haven’t listed these in any particular order. And! I haven’t watched all Hitchcock films, so this list is subject to change at some future date. Drum Roll Please . . . Do you like Hitchcock films? What are your favorites? Have you see the five I listed? What did you think? ENJOY!