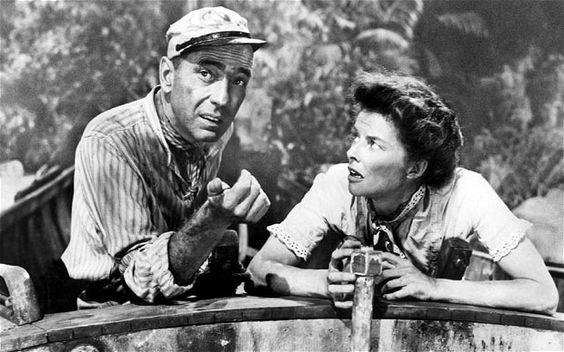 Oh my word! What a miserable adventure! Rose Sayer (Katharine Hepburn) and her brother (Robert Morley) are missionaries in Africa. After the Germans attack and burn the village, Charlie Allnutt (Humphrey Bogart) takes Rose away on his boat, The African Queen. While on the water, Rose convinces Charlie to try and attack an enemy boat which has been a threat to England.

Courage ~ Perseverance ~ Working Together to Accomplish A Goal!

I didn’t think I was going to like this movie, but I did, and it’s a romance. I didn’t see that coming. The conditions were horrible ~ the sweltering heat, the insects, dangerous wildlife, the rapids ~ I shudder when I think about it. But, it was a good film! Well done!