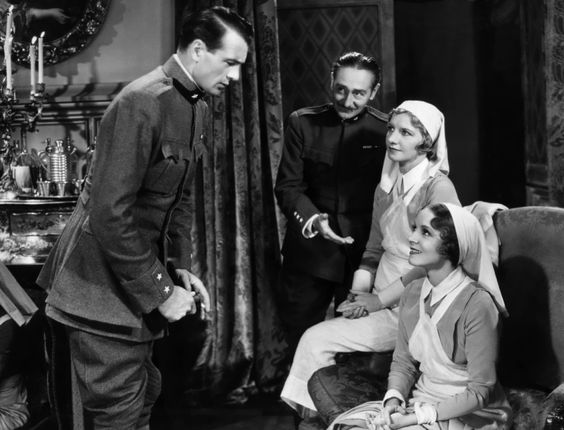 I liked this film! I thought it was good! Lieutenant Henry (Gary Cooper) is an ambulance driver in Italy during World War I. Nurse Catherine ( Helen Hayes) is a nurse. The two meet and fall in love. The two are eventually separated during the war. However, when the mail is rerouted, Lt. Henry is concerned something has happened to the woman he loves and will not be stopped from being with her.

The book was written by Ernest Hemingway. Did you read the book? I’d like to hear from you.