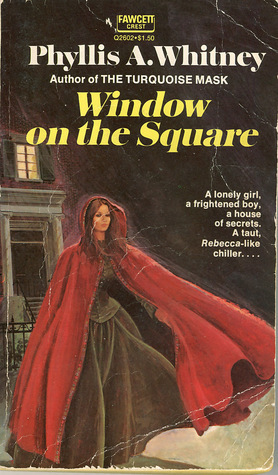 Megan Kincaid receives a letter from Brandon Reid, asking her to come to his home. Upon her arrival she learns, he is asking her to care of his troubled, young stepson who, two years earlier, shot his father. Jeremy was seven years old when he allegedly killed his dad. After some thought, she agrees to take the position and enters the household as a seamstress, sewing clothes for Jeremy’s sister.

Once she is settled inside the home, she feels there is evil lurking. She doesn’t know who she can trust or if she can trust anyone. The beautiful, Leslie Reid, Jeremy’s mother remains in her rooms most of the story and seems depressed and uninterested in the activity in her home. When Megan falls in love with Brandon Reid, there attraction is definitely noticed by the other members of the Reid household. One of those members is the female antagonist, the governess, Miss Garth ~ and she is certainly an antagonist I won’t soon forget. And then there is the tutor. I have mixed feelings about him. I didn’t believe he was a sincere character and he seemed odd. Mmmm.

Megan was completely dedicated to Jeremy. Although she seemed to doubt herself, she had a talent for helping troubled or challenged children. The remainder of the characters in this Gothic suspense were questionable. Throughout the story I didn’t know who was trustworthy and who was untrustworthy.

This was good. It really kept me thinking and guessing. 5***** stars!