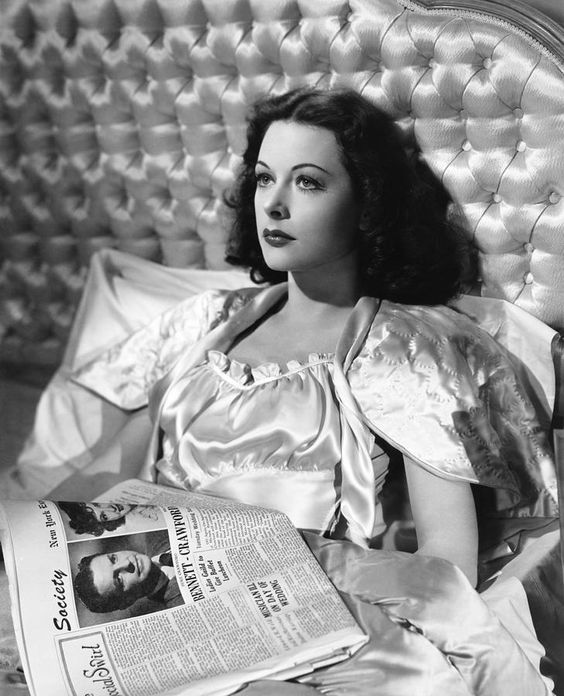 This is one crazy film!  🙂  I never thought I’d see Hedy Lamarr in a comedy, but here she is! Now! Let me see if I can get this straight. Duke Crawford (Robert Cummings) is an overworked advertising executive. The poor guy meets himself coming and going! Michele Bennett is (Anna Sten) his former fiancé. She wants him bad! She is pursuing him and that woman has tricks up her sleeve! She doesn’t give up easily. She’s in the perfume business and he wants her to sign a contract for his advertising agency. She won’t sign unless he marries her. Poor Duke is running from his former fiancé. His newest client, Dr. J. O. Loring (Hedy Lamarr) is a psychiatrist and has written a book. Of course, when the over worked Duke goes to meet the doctor, he doesn’t realize she is a woman ~ until he meets her! Oh no! Another woman!!! He doesn’t seem to want another woman in his life. He can’t sleep. He’s hearing things! Is he going crazy??? My my my. I recommend it!

I’m not sure I knew who Robert Cummings was until I saw this film. That’s him, in the photo, on the newspaper Hedy Lamarr is holding in the above image. He’s a funny guy.  🙂