Hello Peoples! It’s a beautiful morning. A little chilly but not to bad. I’m a walker. I walk everywhere. I do cycle, but this spring I’ve been walking more than cycling. This past weekend I bought running shoes. I think the running shoes have more support than walking shoes do, but it may depend on the brand. haha. Now that’s riveting blogging!  🙂

Rick and I decided to catch an early viewing of the new movie, TOLKIEN. We didn’t want the late night crowds, so we were at the theater while most were still enjoying their coffee. There were six people in the theater! We got that right. It’s a great film. I really liked it. There are some gruesome scenes of World War I. Have some tissues with you when you see the film. I cried off and on throughout the film. I highly recommend it. 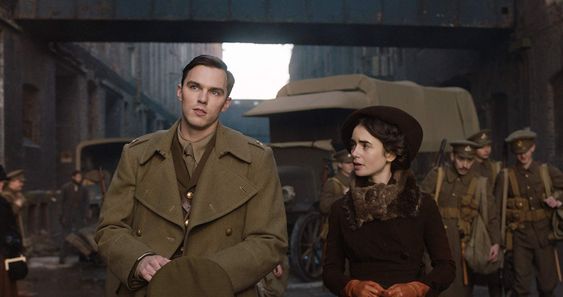 Well. It has been one year since we lost our beloved border collie Rowdy. She passed away the first week of May 2018. We miss her and it’s just not the same without her. We’re not going to get another dog. I enjoy everyone else’s dog. Yesterday when I arrived at the bakery, there was a man and his 14 week old Bernese Mountain Dog sitting outside. His name ~ Freddy! He was the sweetest puppy. I loved and loved on him. Whenever I think of Freddy, I smile. I hope to meet him again soon.

6 thoughts on “Ramblings And What Not ~”