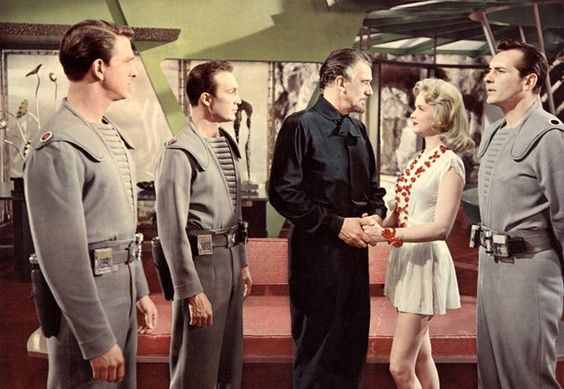 Rick enjoys these classic sci-fi movies. These films are not my favorites. However, Forbidden Planet isn’t bad. In this classic “B” film, a starship crew set out for Altair IV to investigate why the planet is so silent. Decades earlier a group of scientists traveled to Altair IV and have not been heard from since they arrived on the alien world. Now Commander John Adams (Leslie Nielson) and his crew have traveled to this alien planet to learn the fate of the scientists on Altair IV. Upon their arrival they discover Dr. Morbius (Walter Pidgeon) and his daughter Altaira (Anne Francis) are the only two survivors. Altaira was born on Altair IV. The planet has a mystery and the crew of the starship are determined to solve the mystery of Altair IV.

This is the movie that introduced Robbie the Robot!  🙂 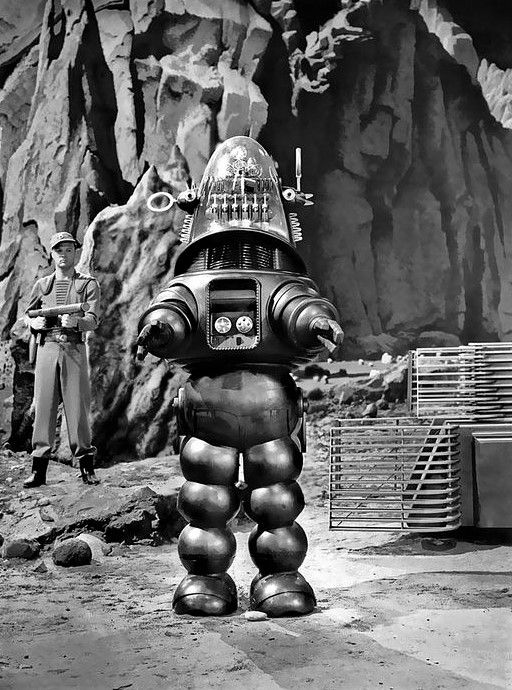 Have you seen Forbidden Planet? Have you heard of Robbie the Robot?