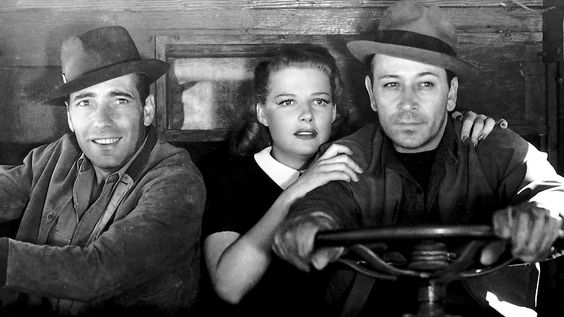 This is the first film I’ve ever seen with Ida Lupino. I’ve heard of her, but I’ve never seen her act. This is a good film. I liked it. I was a little surprised how the story went along, but it was good.

Paul (Humphrey Bogart) and Joe (George Raft) Fabrini are brothers and truck drivers. They ship fruit in California. It’s a struggle for them to make ends meet. The businessmen, they deal with, are unethical and there’s a considerable amount of competition. They drive long hours. Paul is married to Pearl (Gale Page) and he doesn’t see her often enough. One night, in the rain, the brothers pick up a woman, Cassie (Ann Sheridan). The three of them witness a terrible accident and the brothers are determined to find a way to make more money so they can leave the trucking business. There’s a romance in the story between Cassie and Joe.

There’s quite a bit of humor and a strong support system between the truck drivers. There’s also tragedy.