Harry Lambert (Bud Abbott) is a con man and seems to get Joe Bascom (Lou Costello) into all kinds of trouble with his illegal practices. After Joe wins a dance contest for the money, so he can pay back the victims of Harry latest scheme, the two men run away to Mexico with the law on their trail. Joe changes his name to Humphrey Fish to keep from being arrested. There they meet Montana (Virginia Grey). They know her from the United States. Montana is now a bull fighter. That certainly has disaster written all over it ~ at least for Joe Bascom.  🙂  Joe Bascom wins an award, Amigo Americano, when he catches a hat at a bullfight. He is to represent his country as a goodwill ambassador. Crazy antics, shenanigans and tomfoolery abound in this hilarious comedy, but all works out in the end. I shake my head.  🙂 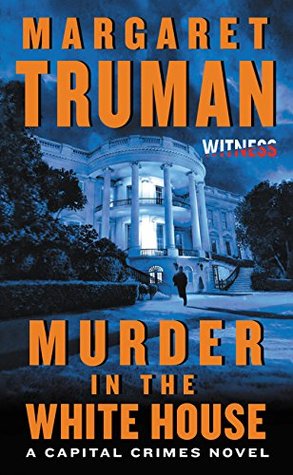 Murder In The White House is one good murder mystery. Lansard Blaine, the Secretary of State, is found murdered in the Lincoln Bedroom of the White House. Not good. It is one messy, nasty, gruesome crime scene. The President asks, Ron Fairbanks, an attorney and White House Counsel to investigate and solve this bloody crime.

What a challenging mystery to write. The murder is inside the White House. Not everyone has access to the White House, especially the Lincoln bedroom at 2:00 am! With that information, the suspects are definitely narrowed down. The first family was in the White House at the time of the murder and everyone is a suspect! It doesn’t take strength to kill in the manner in which he was murdered, just determination. So, who wanted the Secretary of State dead and who was determined enough to get the job done, in the White House, in the early hours of the morning??? Well-written! Good pace! Complicated! A whole lot goin’ on in this mystery and the personal lives of the nation’s politicians are revealed. 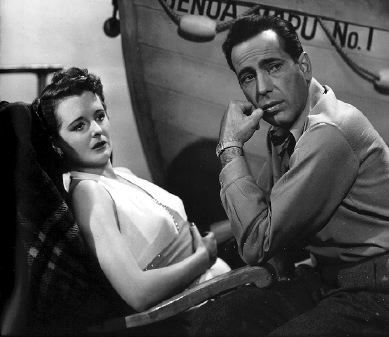 Rick Leland (Humphrey Bogart) is dishonorably discharged from the military. After he is tossed out of the Army, he acquires passage on a Japanese ship for the Orient in 1941. He’s traveling on a freighter, so there are very few passengers, however, one of the passengers is Alberta Marlow (Mary Astor). The two meet and have an instant connection. Alberta is a great character. She’s fun and amusing. Her and Rick have an interesting romantic relationship. He also meets Lorenz (Sidney Greenstreet). He usually plays a man who cannot be trusted, so, I didn’t trust him in this film either. So, the stage is set. This is espionage and it’s good! Here we are on a Japanese ship, bound for the Orient with a crew of Japanese men, a few random passengers and the date is December 6, 1941!!! Oh my!!! I was especially interested in Alberta Marlow. I wasn’t sure why she was traveling on this particular ship and how she fit into the story. She was an enigma with a sense of humor! I liked her. I was really full of hope she was one of the good guys! 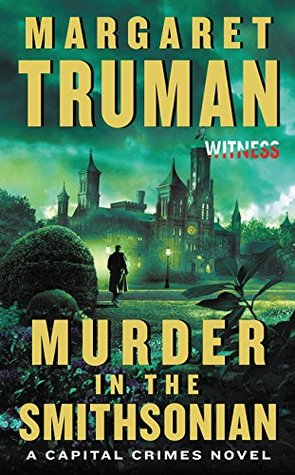 Dr. Lewis Tenney, a well-respected historian, was unexpectedly murdered at a party at the Smithsonian. Heather McBean, Dr. Tenney’s fiancé, travels to the United States from Scotland, to investigate the crime. She wants answers and she won’t quit until she discovers the identity of the one who killed her fiancé. Mac Hanrahan of the Metropolitan Police, is in charge of the case. He becomes concerned for her safety when two more bodies are discovered murdered.

Margaret Truman, the author of this mystery, was the daughter of our former President, Harry Truman and First Lady Bess. I didn’t know we had a President’s offspring who wrote mysteries. I found this book while I was perusing the shelves at the bookstore. And! I personally liked it. It’s a quick read and moves along at a good pace. I thought it had an espionage feel to it with international intrigue. There was information about the Smithsonian and the artifacts inside. If you would like to know how to shrink a human head, like the head hunters do, I suggest you read this book.  🙂   I don’t think it’s a cozy mystery. I thought it was a little gritty for a cozy.

I liked Hanrahan. I thought he was a good investigator. I was glad the book ended when it did, I was getting tired of his pest of an ex-wife. She was getting on my nerves. *rolls eyes* Heather was grieving. She lost her uncle and her fiancé. She was careless in investigative pursuits. I don’t know if she was usually like that or if the grief was effecting her judgment. I do recommend this book for adults.  4 **** stars! 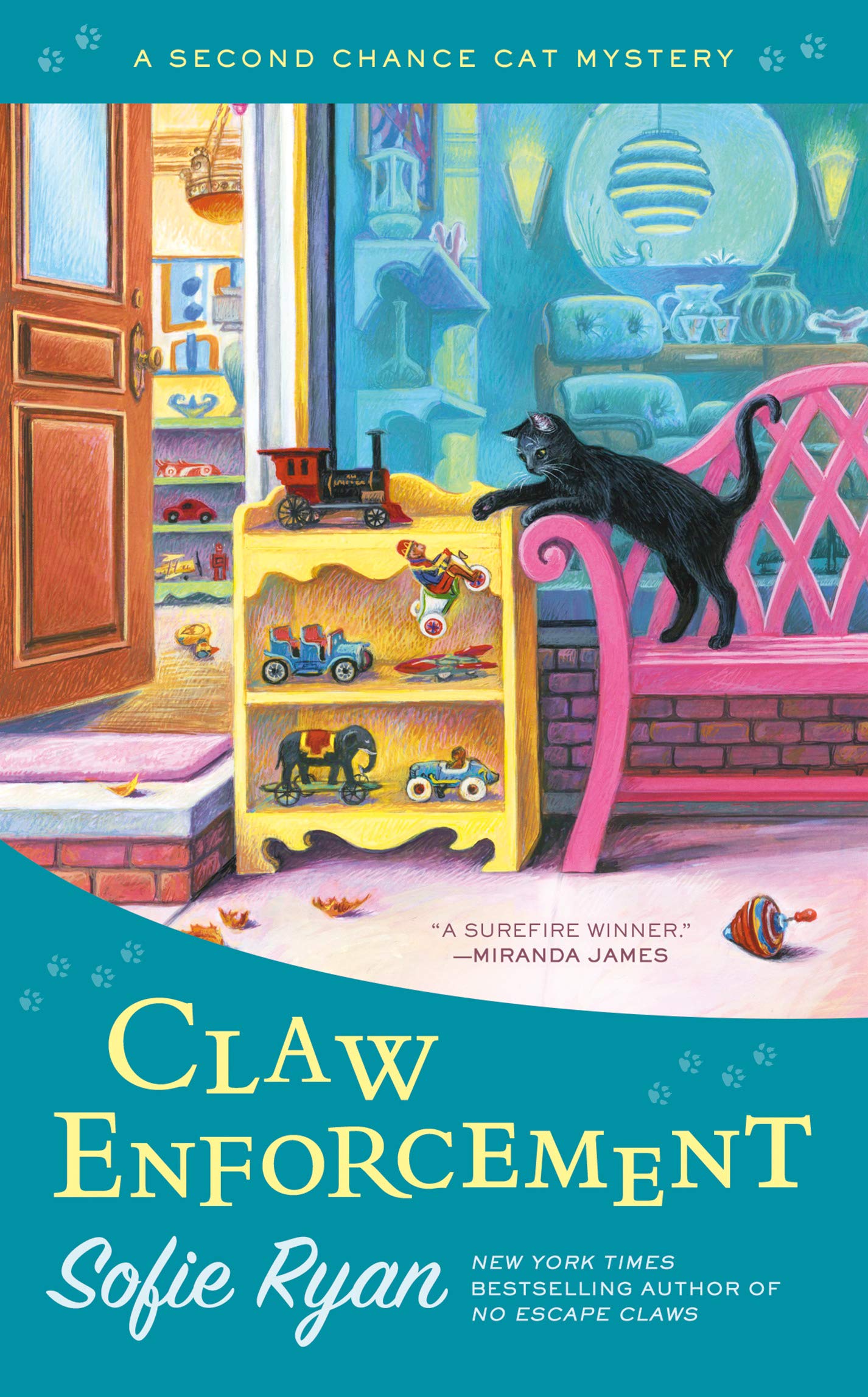 “Sarah Grayson owns a delightful secondhand shop in the small town of North Harbor, Maine, where she and her rescue cat, Elvis, are always finding themselves up to their whiskers in trouble. With the help of a quirky group of senior citizens — who call themselves Charlotte’s Angels and work out of the store — they solve crimes both new and vintage.” ~goodreads

If I was to describe this cozy in one word, that word would be nostalgia. The present and the fond memories of the past all come together in this delightful mystery. In this cozy, a man collapses and dies at a gathering of the community. The redevelopment of the harbor front is the reason for the celebration. Mr. P, a great guy, hires Sarah and Charlotte’s Angels to investigate and solve this shocking crime.

I thought the cozy was well-written, moved along at a good pace, with great characters. There are friendships and a comradery that includes all ages, and a good sense of community. There isn’t any profanity that I can think of. It’s safe for all ages. I did solve the mystery, but I do enjoy solving mysteries on occasion. 4 **** stars!

I’ve been reading this series in the past and will continue to read it in the future.  🙂 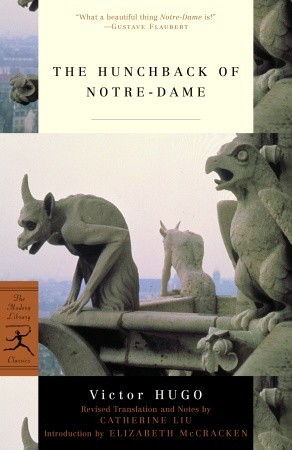 The Hunchback of Notre Dame by Victor Hugo, “tells the story of the beautiful Esmerelda, condemed as a witch by the tormented archdeacon Claude Frollo, who lusts after her. Quasimodo, the deformed bell ringer of Notre-Dame Cathedral, having fallen in love with the kindhearted Esmerelda, tries to save her by hiding her in the cathedral’s tower. When a crowd of Parisian peasants, misunderstanding Quasimodo’s motives, attacks the church in an attempt to liberate her, the story ends in tragedy.” ~goodreads

I can’t say I liked the story and I can’t say I didn’t like the book. I was surprised that Quasimodo and Esmerelda aren’t in the story very  much. The first part of the story, Paris is having a festival and they are about to elect “The Pope of Fools.”

However, during the celebration, we meet Pierre Gringoire, a poet and philosopher, who is one of the main characters in the story. I was disappointed in Gringoire. He had so much potential as a character, he could have been so much more.

“He looked like a giant who had been broken in pieces and badly soldered together again.” (p. 44).

Probably right here I should say, I didn’t like the festival at all.

We meet Esmerelda, a young girl of sixteen and her trained goat Djali early in the story.

“It was the gypsy girl who was singing. Her voice, like her dancing and her beauty, was indefinable, something pure, sonorous, aerial, winged as it were.” (p. 59).

She’s referred to as a Bohemian, Gypsy or a witch throughout the story. She was innocent, kindhearted and was guilty of nothing but entertaining people with her dancing and her trained goat.

Claude Frollo, the antagonist, knew better. He raised his brother after his parents died. Claude was an intelligent man, highly educated. Frollo and his brother were very much alike. However, Claude Frollo hid behind clerical robes. His brother did not.

Frollo was not a good man at all. He lusted after Esmerelda and caused much suffering in her young life.

This is a heavy story and it’s shocking. When I finished reading it, I had to walk off the feelings I was experiencing from reading it. As far as I could tell, this book had the elements of a Gothic. There are a couple of boring chapters in the book that describe the architecture of Paris. And of course, Notre Dame is in the center of it all.  There were superstitions, injustices and hypocrisies’ throughout the book and mob rule! It’s a story of suffering and dark thoughts and evil intents of the human being with brief glimpses at kindness, gentleness and compassion.