Hello Peoples! Oh my word! I found this incredibly cute and fun meme at~   http://rosepetalsandfaeriedust.com/

~Would you rather, be a tenant of Mr. Darcy or Mr. Knightly?

~Would you rather spend a day in the 100 Acre Wood or Neverland?

The 100 Acre Wood!  🙂  What fun with Christopher Robin, Pooh and the gang.

~Would you rather attend a tea party with the Mad Hatter and company or meet the Wizard of Oz?

~Would you rather spend a summer at Netherfield with Jane and Mr. Bingley or at Hamley Hall with Squire Hamley?

Without a doubt, Jane and Mr. Bingley! What a sweet couple.

~Would you rather be “rescued” by Gilbert Blythe or Colonel Brandon?

~Would you rather marry Laurie or John Brooke?

Neither, but I like Laurie better, so I’ll choose Laurie.

Robin Hood’s merry men! I like archery and I think they would be great fun.

~Would you rather have a jolly holiday in a chalk painting or enjoy a tea party on the ceiling with Uncle Albert?

~Would you rather have to chaperone, through their entire courting experience Lydia Bennett or Anne De Bourgh?

Neither, but I’ll go with Anne De Bourgh. When I read the book, I don’t remember having a problem with her character, but Lydia would try my patience.

~Would rather marry Mr. Wickham or Mr. Elton?

I shake my head! I choose Mr. Knightley! haha!

NARNIA! For Narnia and for Aslan!  🙂 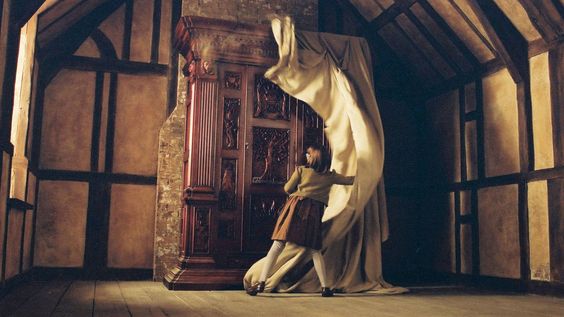 10 thoughts on “Would You Rather Fictional Grab-Bag Edition”