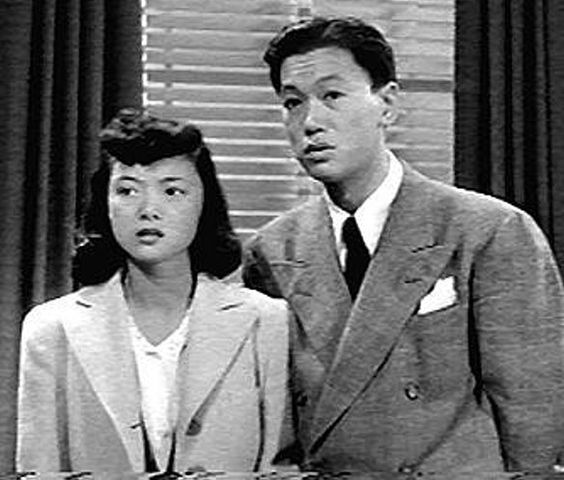 Charlie Chan in the Secret Service (1944)

A scientist is murdered! That’s right, a scientist with Secret Service protection is discovered dead! The scientist is working on the third floor of a mansion and is having a party on the first floor. He doesn’t want the Secret Service at his party and demands they remain upstairs. Not a good idea.

Once he is discovered dead, Charlie Chan (Sidney Toler) is asked to investigate the murder. Tommy (Benson Fong), number three son and Iris (Marianne Quon), number two daughter, join in on the investigation along with Birmingham (Mantan Mooreland). He’s the chauffeur of one of the guests. Interesting. Birmingham is Charlie Chan’s chauffeur in later films. And! This is the first time I have seen one of Charlie Chan’s daughters involved in an investigation. Tommy is definitely NOT a sleuth. His talents must be in another area.  🙂  Iris has potential but Charlie treats his daughter differently. Charlie has a more tender touch with Iris than he has with the boys. Mmmm.

This isn’t my favorite Chan film, Charlie Chan at the Wax Museum is my favorite, but I like this one.   🙂