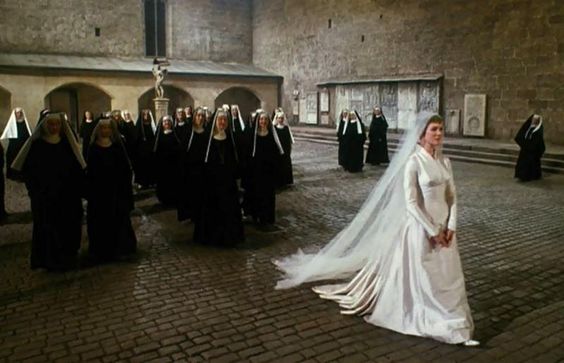 Georg is a widowed man and he runs his home in a very strict manner, to say the least. The children have run off several governesses and when Maria arrives, they seem to want to run her off too. Maria is easy to love and manages to win the children. Then! Maria and Georg find themselves falling in love, however, Georg has a Baroness (Eleanor Parker) he’s shown an interest in. I didn’t think the Baroness was a bad character, however, she wasn’t the wife for Georg. So, Georg and the Baroness end their relationship and Georg is free to express his love for Maria. However, Georg and Maria are soon faced with a challenge that could put the entire family at risk.

This is a lovely film in so many ways. I laughed, I cried, I held my breath, I cheered! The music and scenery are breathtaking! Highly recommend!